OTTAWA, January 17, 2017 — CMHC is increasing its homeowner mortgage loan insurance premiums effective March 17, 2017. For the average CMHC-insured homebuyer, the higher premium will result in an increase of approximately $5 to their monthly mortgage payment.

“We do not expect the higher premiums to have a significant impact on the ability of Canadians to buy a home,” said Steven Mennill, Senior Vice-President, Insurance. “Overall, the changes will preserve competition in the mortgage loan insurance industry and contribute to financial stability.”

Capital requirements are an important factor in determining mortgage insurance premiums. The changes reflect OSFI’s new capital requirements that came into effect on January 1st of this year that require mortgage insurers to hold additional capital. Capital holdings create a buffer against potential losses, helping to ensure the long term stability of the financial system.

During the first nine months of 2016:

*Premiums in Manitoba, Ontario and Quebec are subject to provincial sales tax — the sales tax cannot be added to the loan amount.

Premiums are calculated based on the loan-to-value ratio of the mortgage being insured. The premium can be paid in a single lump sum but more frequently is added to the mortgage principal and repaid over the life of the mortgage as part of regular mortgage payments. Additional details and scenarios are included in the backgrounder below.

CMHC regularly reviews its premiums and sets them at a level to cover related claims and expenses while also reflecting the regulatory capital requirements.

As Canada’s authority on housing, CMHC contributes to the stability of the housing market and financial system, provides support for Canadians in housing need and offers objective housing research and information to Canadian governments, consumers and the housing industry.

Information on This Release:

‘We do it because our jobs are at stake’: TD bank employees admit to breaking the law for fear of being fired – Business – CBC News

‘We do it because our jobs are at stake’: TD bank employees admit to breaking the law for fear of being fired 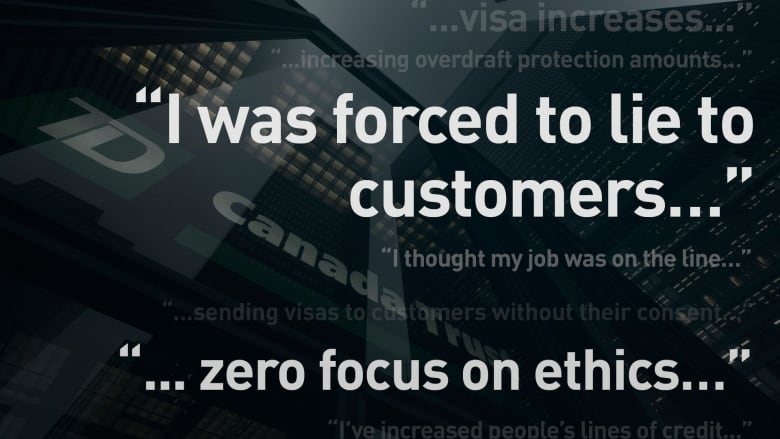 A CBC report earlier this week about TD employees pressured to meet high sales revenue goals has touched off a firestorm of reaction from TD employees across the country — some of whom admit they have broken the law at their customers’ expense in a desperate bid to meet sales targets and keep their jobs.

Some employees admitted they broke the law, claiming they were desperate to earn points towards sales goals they have to reach every three months or risk being fired. CBC has agreed to conceal their identities because their confessions could have legal ramifications.

TD insists all its employees are to follow the company’s code of ethics, but many employees who contacted Go Public said that’s impossible to do given the sales expectations.

“I’ve increased people’s lines of credit by a couple thousand dollars, just to get SR [sales revenue] points,” said a teller who worked for several years at a TD branch in Windsor, Ont.

He admits he didn’t tell the customers, which is a violation of the federal Bank Act. 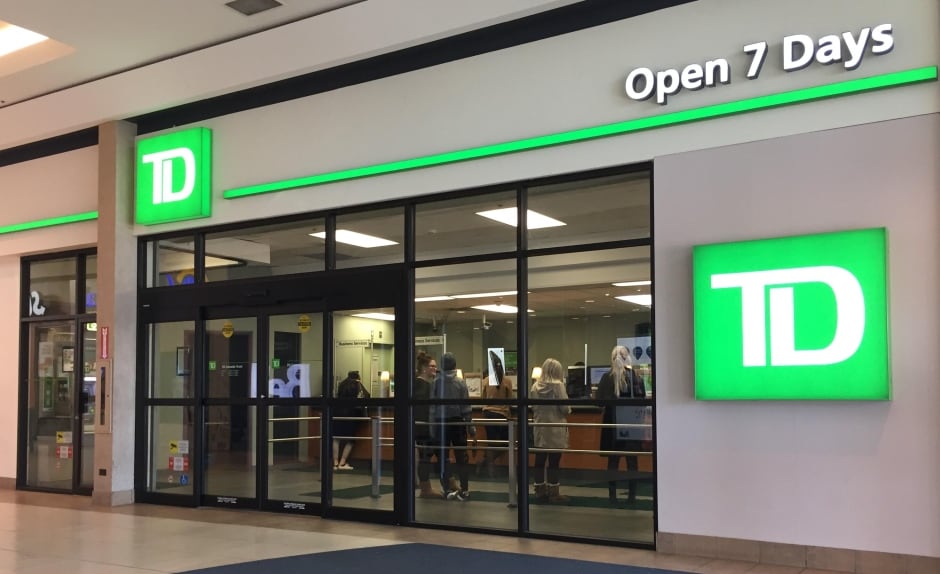 A former teller at this TD branch in Windsor, Ont., admits he increased customers’ lines of credit without their knowledge to meet his sales targets.

Another teller with over 20 years’ experience at an Ontario TD branch said she has increased customers’ overdraft protection amounts without their knowledge, and increased their TD Visa card limits on the sly — all to earn units towards her sales revenue target.

Many TD workers wrote to say they are on medical leave, suffering from anxiety and/or depression because of the constant pressure to upsell customers.

One teller on sick leave described how a manager stood behind her three times a day, pushing her to sell more.

‘They just really stress you out … I’d be be thinking … ‘What can I do tomorrow to try and get sales?” – TD teller

“They just really stress you out and say, ‘You’re not doing good. I need you to do double the amount you’ve been doing.’ I couldn’t sleep. I’d be thinking … ‘What can I do tomorrow to try and get sales?'”

She admits to upgrading customers to a higher-fee account without telling them.

“Because that gives us sales revenue. And the customers don’t have to sign for it.”

Bev Beaton believes she’s been a victim of a TD teller desperate to generate sales revenue.

In January, she noticed a service charge on her account for $29.95. When she called TD to ask about it, she was told it was because she was in an account that required her to keep a minimum monthly balance of $5,000 or she would be charged that monthly fee. 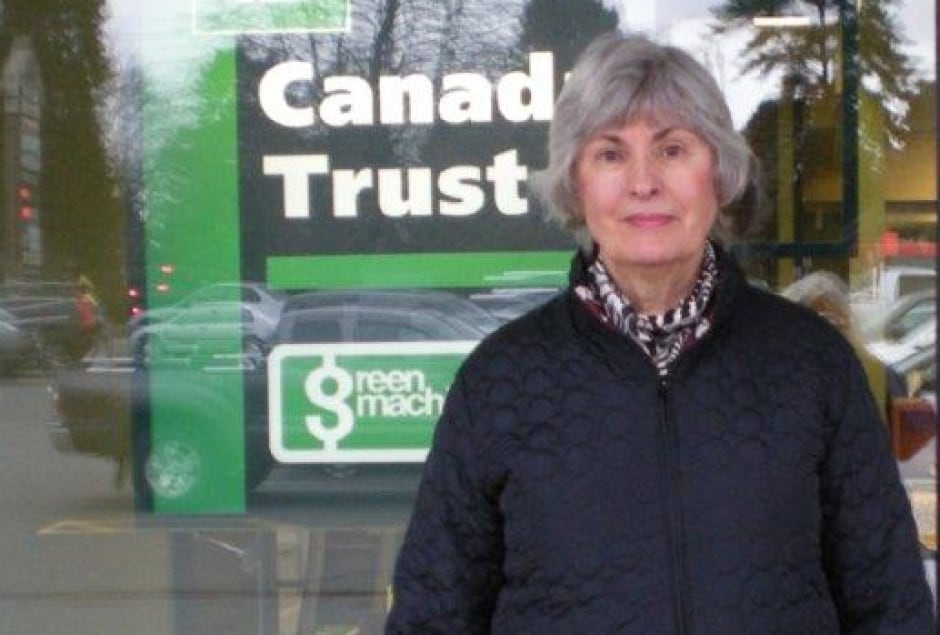 Bev Beaton says a teller at her TD branch in Victoria moved her into a higher-fee account without her knowledge. (Bev Beaton )

When Beaton checked her statements, she saw that she’d been moved to the higher-fee account last May, but only noticed when her balance dropped below $5,000 for the first time in December and she was hit with the service charge.

“I was very annoyed,” Beaton said. “And I think it’s dishonest. Because if I wasn’t looking at my statement closely, I wouldn’t have noticed the $29.95.”

‘I have invested clients’ savings into funds which were not suitable, because of the … pressure.’ – TD financial adviser

“We do it because our jobs are at stake,” said one financial adviser in Ontario.

She admits she acted in her own interest rather than that of her clients after being put on a Performance Improvement Plan — a program that involves coaching and could result in termination of employment — because she wasn’t meeting her sales targets.

“I have invested clients’ savings into funds which were not suitable, because of the SR [sales revenue] pressure,” she said. “That’s very difficult to admit. I didn’t do this lightly.”

‘I was forced to lie to customers’

A former TD financial adviser in Calgary says he would downplay the risk of products that gave him a big boost towards his quarterly goal.

“I was forced to lie to customers, just to meet the sales revenue targets,” he said.

“I was always asked by my managers to attach unnecessary products or services to the original sale just to increase the sales points — and not care if the customer can afford it or not.”

A financial adviser who worked for six years in Nanaimo, B.C., before quitting says “people eventually snap, or lose all sense of themselves and do anything to close sales.”

“I have had multiple conversations with branch and district managers. These conversation lead to my being asked if I was still the right fit for the job.”

Employees must abide by code of ethics: TD

In statement provided to Go Public, TD spokesperson Daria Hill wrote every employee must “act ethically and … not allow a focus on business results to come before our focus on customers.”

In an internal letter written to TD employees and obtained by Go Public, Andy Pilkington, executive vice-president of branch banking, wrote, “We don’t believe the [CBC] story is an accurate portrayal of our culture,” but said the report was an opportunity “to pause, reflect and ask ourselves … how we can do better for our people and our customers.”

One TD teller balked at Pilkington’s letter, sending an email to Go Public that says, “Maybe if they stood back for a moment and thought about how they have put so much pressure on employees (with ridiculous sales goals) they wouldn’t be in this situation right now!”

News that bank employees are required to meet what they consider to be extreme sales goals — with some even acting underhandedly — is a concern to Wanda Morris, vice-president of advocacy for CARP, a national advocacy association for people over age 50.

“As people age, there’s a little bit of decline in their cognitive functioning so they trust others and are potentially at risk from somebody who doesn’t have their best interests at heart,” she said. 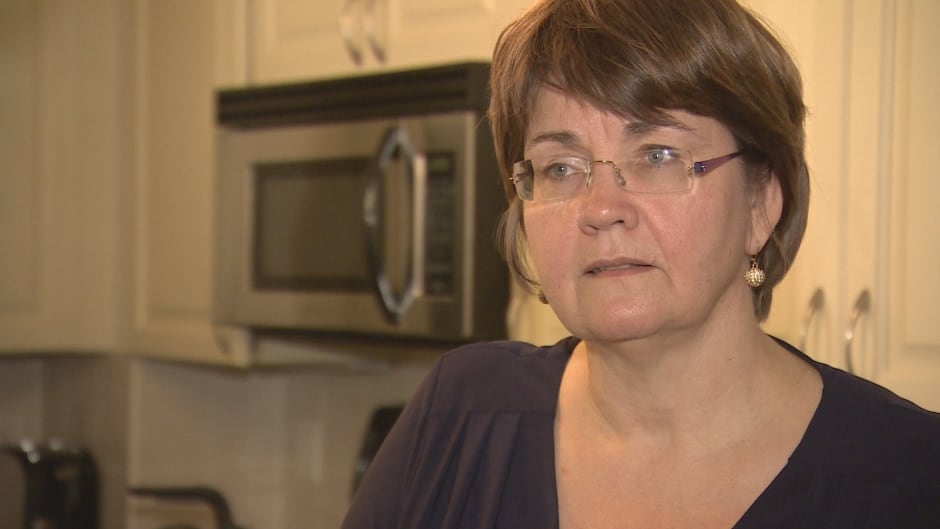 Wanda Morris of CARP, an advocacy group for Canadians over age 50, wants legislation that requires bank employees to act in a customer’s best interest. (CBC)

“Canadian banks are some of the most profitable companies in this country. I hope we’ll see … some more empathy towards both employees and customers.”

Democracy Watch founder Duff Conacher says the fact that hundreds of bank employees have written to express concern over their high-pressure sales environment is an indication that Ottawa needs to act.

“We need the federal government to put rules in place and stop being so negligent — allowing the banks to get away with this unethical gouging and unethical sales practices,” he said. 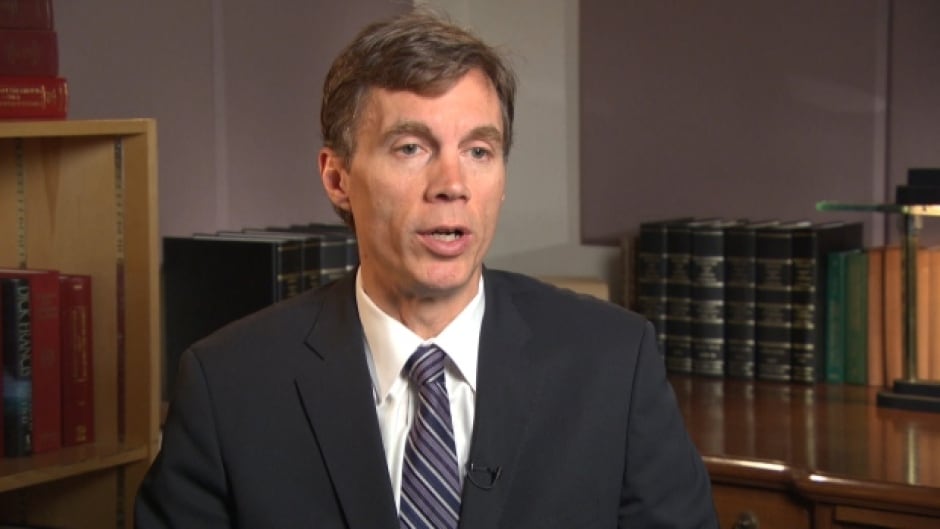 Democracy Watch co-founder Duff Conacher says now is the time for people to push the federal government to improve bank regulations because the Bank Act is currently under review.

“The fact that the CBC is revealing this as opposed to [the Financial Consumer Agency of Canada] or the ombudsman for banking services shows just how much the government has failed to ensure that those protection watchdog agencies have the powers, have the mandate and the resources to do their job.”

Conacher says now is the time for people to pressure Ottawa to tighten bank regulations because the federal Bank Act is currently under review.

“I just find it amazing that we haven’t seen any political party or politician stand up and say, ‘We’re going to make these key changes to ensure that banks are required to serve everyone fairly … and look out for their customers’ best interests and not just try and gouge them.'”

with files from James Roberts